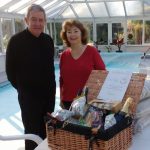 We are thrilled to announce that the Winner of our Luxury, 10th Anniversary, Hamper is Peter Prosser of Hereford!

Pam delivered the hamper today to Peter and he was very impressed at the quality and variety of locally sourced delicacies that we had packed in to the hamper, courtesy of Christina Hope at Hopes of Longtown.

The raffle was independently drawn by Kelly, of Kinder Pocock Accountants in Hereford, who chose five numbers at random which then formed one of our invoice numbers which matched one that we had sent to Peter Prosser.

Thank you to all our loyal customers, many of whom, like Peter, have been with us since the very beginning back in 2008. 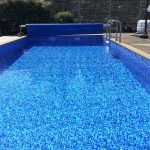